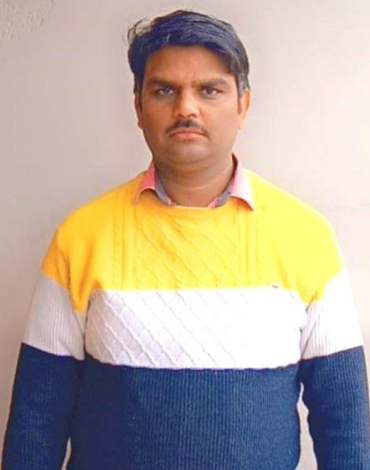 Shiv Prakash tasks as a Programme Manager and is highly robust and works tirelessly. He has done Masters of Science in Agronomy and has a rich 11 years of experience. He has worked in a multitude of places in the states of Uttar Pradesh and Bihar. Also, has worked in different programmes from versatile arenas.

Previously he has worked as a Project fellow in Banaras Hindu University (BHU), Varanasi under a UGC project titled “Development of Agri Horti Silvi Pastural Model of Vindhayan region of Eastern Uttar Pradesh”. He has also worked as a Project Manager for various organizations like PRAN, SRI project Nalanda (Funded by Tata Trust), etc.

He has played a vital role in the capacity building of both Government and Non-government officials in Climate Resilient Agriculture Technology, in capacity building of Cadres and Staffs of BRLPS at Danapur, Patna and Non-SLACC blocks of B.R.L.P.S. (Jeevika), Patna. He has represented PRAN in the National consortium of SRI at New Delhi. He has been a member of the Technical Resource Team of PRAN for Bharat Rural Livelihood Foundation, New Delhi to promote the Non-Pesticide Management Project. He has also been tasked as a State Resource Person and as a Block mission Manager in farm Livelihood. Thus, his experience in multiple areas makes him a versatile individual and is contributing immensely to Ek Soch Foundation.